I’ve been accused of being too wordy in my previous reviews, so I’m trying something different with this review. TL;DR version Costa Rica, spiritually, is Incan Gold with a board and somewhat cuter art. The restructuring of the round structure and the addition of the board increase the entertainment and the interactivity far more than
Read More 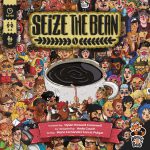 In my mid-twenties, I despised hot drinks, considering drinking the contents of a pub garden’s ash trays and a cup of coffee to be similar experiences. Ten years later, I can barely function without a cup of coffee inside me, the smooth brown gold of the high-street well and truly having got its latches into
Read More 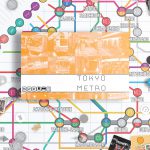 Japanese culture has had a massive impact on Western society, be it through their food, comics or cinema. Despite humility being a strongly valued trait amongst the people of Japan, the rich heritage and curious customs of this island nation have nonetheless reached far beyond its shores. However, in the board game world...
Read More 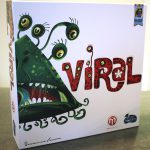 Welcome to 'The Lab', my dear... Well, it's not so much a lab as it is a sweaty duvet however, I can assure you it is, in fact, full of the viruses which make up the focus of this piece. No, please don't run - I assure you we'll have a jolly good time. And
Read More